'Coriveu pels sense veu’ Is now the usual slogan of our annual charity concert in favor of the animals rescued by the animal shelter Adopta un Amic. Solidarity is very necessary nowadays and, too often, animals are the last link in the chain of aid, when there are so many other causes that need our support.

This year you have the possibility to directly influence the lifes of the animals that depend on Adopta Amic, and to change them for the better!

'Coriveu pels sense veu', much more than a charity concert

The rescue and animal care, the stabilization of sick animals so that they can gain in quality of life, the cures, the management of adoptions… is the daily work of animal protectors, and an arduous task for which we dispose very little means.

Each animal rescued and subsequently given for adoption is a great victory for a non-profit organization, and with each one of those successes the effort carried out and the difficulties of the road are forgotten, because only the joy of a real life matters for, at least, one of the rescued.

But it is not always easy.

For this reason, Espai Coriveu sponsors each year 'Coriveu pels sense veu', a charity concert in which the voices of our teachers and students come together to sing in unison and give voice to the animals.

Will you join this solidarity initiative?

The concert will take place the 28 th February at 21 h in La Farinera del Clot (Gran Via de les Corts Catalanes, 837, Barcelona) and there will be acts of the Glee formations and thematic groups.

The admission is 5€ which is the donation that will be used to support the work of Adopta un Amic. In addition, the shelter will collect other donations in the form of food, vet drugs and various items, and there will be a stop where you can buy different items and merchandising of this organization.

The concert will be a sample of the quarterly work of our students and we are already working to offer you some surprise. 🙂

And as a charity concert helps to give visibility to the cause, we start today and let these beautiful three faces needing much visibility but, above all, a home to spend the rest of their days. 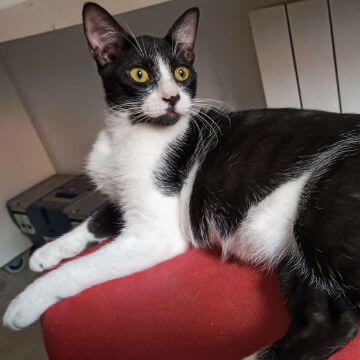 Tina, labrador crossing 5 years old. She was abandoned by its own owner. She's active, vital and sociable. A very sweet dog who needs daily exercise. She adores children and loves slides! 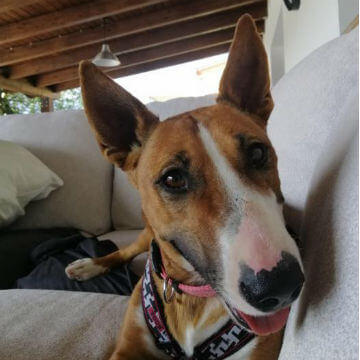 Mara, Bull Terrier crossing 3 years she was adopted as a puppy and returned two years later. Good, sweet, sociable and playful. Time passes and no one asks for her. Needs a forever home.

Next 28 th of February, more than ever, heart and voice

How many more opportunities will you have this year of attending a concert of voices with all the heart, while helping the animals with a gift that will be completely to them? You have to come! Seriously, we count on you in this solidarity event.

Please, if you are a student, spread the word and, whether you participate in the concert or not, help us with visibility. The cause deserves it! If you are not a student and have fallen on our website by chance, participate! It will be the best time for us.

Book your tickets now and don't miss this charity concert!

The voice as an instrument

This is the unreleased song by Amy Winehouse, recorded before being famous

Can I learn to sing?